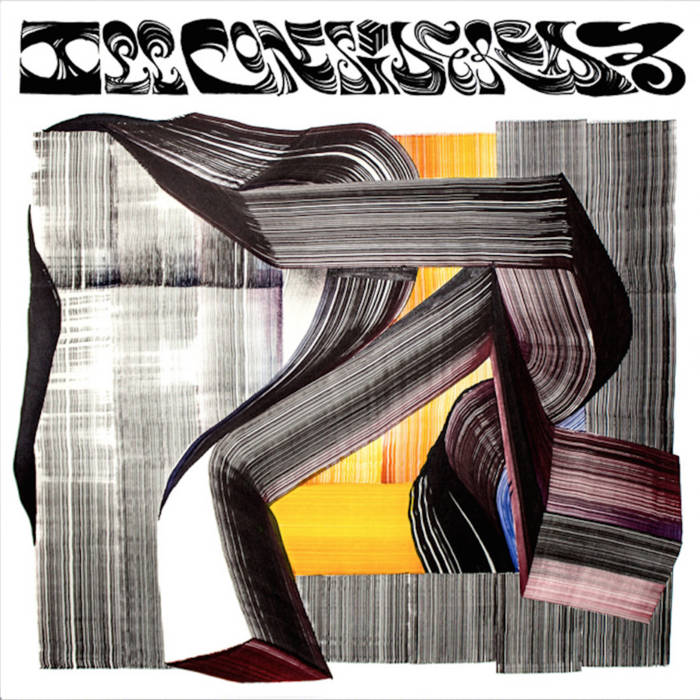 Jonathan Pryor Here is highlighted a SEVERE SHORTCOMING of the Bandcamp app. YOU CAN ONLY SELECT ONE FAVORITE TRACK! SERIOUSLY!?!?!? ;) Favorite track: Nada Brahma.

Peter Jones A mesmeric, mystical trip from the moment it starts.

rvss.eel I am immediately pulled in to the energy of this and I vibe throughout as if I am a fifth band member.
Except my vibe consists of gently moving my shoulders here and there, and closing my eyes in key moments... so actually it's more as if I am a regular audience member. Favorite track: Delusion.
more...

The third album from Ill Considered has been a revelatory part of the journey for its members. While the first album was completely improvised in a two hour session involving all four musicians and no pre-written tunes, the second album was a live gig recorded at The Crypt Jazz Club, London, involving mainly compositions ( taken from the first album, as well as new tunes and some from Wildflower (the other band in which Leon Brichard and Idris Rahman collaborate with drummer Tom Skinner). The creation of Ill Considered 3 was quite different again.

A session was booked at the same studio in which Ill Considered’s first album was created, and the four musicians met (this time with Satin Singh on percussion) with a view to recording some pre-written melodies as well as some fresh, improvised material.

The band soon realised that although the pre-written tunes were to some degree working nicely, there was no comparison with the vibe, energy, spontaneity and overall freedom of the fully improvised material. There is a musical freedom that this particular combination of musicians needs to express - throwing caution to the wind they create soundscapes, atmospheres, dreamy groove based journeys immediately in the moment, held together by deeply felt musical interaction and the interspersion of hooky bass lines and melodies. Using simple but effective motifs, the band again manage to build from delicate, intimate moments of emotion to screaming climaxes and drum and bass inspired head-bangers.

Meditative and spiritual in essence, there are a wide range of textures in this album:

Djinn has an ethereal, mystical calm about it, whilst the bass harmonics and minimal percussion of Nada Brahma give an almost Gamelan-like texture. Delusion and Meditation have a head-nodding, deep and dirty jazz-funk-inspired restless energy punctuated by abstract melodic hooks that stay with you long after you’ve finished listening.
Along with the improvised band tracks, there are three short solo tracks from bass, drums and sax - again created in the spirit of freedom.

recorded, mixed and mastered by Emre Ramazanoglu at Hoxa HQ