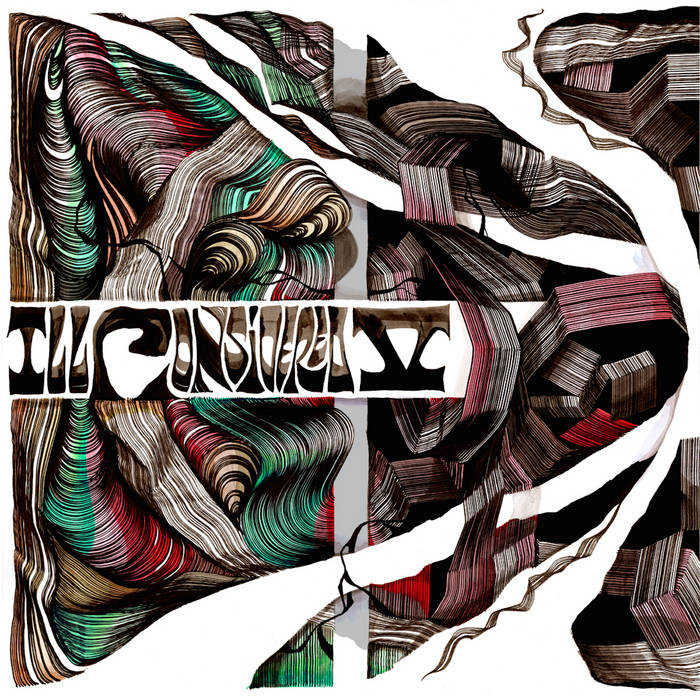 Ill Considered’s 5th and 6th albums were recorded just over a year after their first. One studio album (Ill Considered 3) plus two live albums completed the vinyl output in their prolific first year. Albums 5 and 6 clearly demonstrate the development of the band’s sound and the interaction between the players. Taking only a few sketches of tunes into the studio over a two day period, the albums are still largely fully improvised. Some concise and well-defined hooky groove-based melodies are here, nestled beside rich, dark textural pieces that draw the listener in and propel them through this unique musical journey.

The arrangements of bass, drums, percussion and sax are joined by bass clarinet, outrageously manipulated, yet emotive and at times searing electric guitar, an Indian shruti drone box, and powerful middle eastern percussion opening up new opportunities for interaction between Emre and Satin.

The albums are beautifully recorded, mixed and mastered by Emre and each tune has its own sonic identity. There is however a progression between the tracks that ties both albums together in an intuitive journey, so that when you reach the end of album 6, you want to return to the start of album 5 again.

Incredible playing from all four regular members and guest guitarist Steve Ashmore (on album 6) gives unexpected and surprising twists, massive climaxes and incredibly intimate moments, whilst never allowing themselves the luxury of self indulgent coasting.

The sound is massive and the music unique. Whilst definitely not a coffee table album of background jazz, these are albums that you can immerse yourself in as well as allow to wash over you in almost any situation.